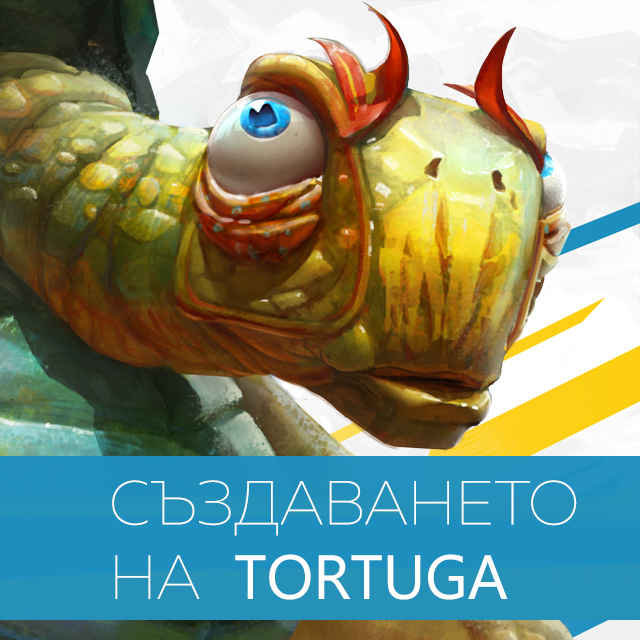 The illustration of this little friend with a shell started as a demonstration I was doing live with my students from the “Character design” course “Character design for a production”. Not long after I decided to work on it with color ad give it a more finished look and in the end I came up with a backstory for the character. In this “diary-like” article I will tell you about the process behind the creating of Tortuga.

Ask us a question:
info@cgzen.com or message us on facebook

During the whole time while I was drawing I had the idea to create a small story for the character.
But I could not find the right words as good as a friend of mine did – Peter Petrov. Peter is a great person and story teller. Right now he is working on his first game – Dash Legends. Here’s how the story goes: – link.

“Tortuga was born with a peculiar power: with his presence alone, he could drain the colors of other animals, leaving only a grey monochrome where their stripes and spots and colorful patterns used to be. Frightened by this, his own kind cast him out and left him to fare on his own.
For years, little Tortuga made alone his way in the world, searching for a kindred spirits, but everywhere he went, he was shunned and met with disdain. In time, the turtle grew up to be bitter and gruff, resolved to his fate.
One day, however, Tortuga met Swallowtail – a color-blind butterfly, who wasn’t scared of him and who was eager befriend him, despite his faults. As their friendship grew and Tortuga knew kindness and affection for the first time, he grew more joyful and kind.

And then, slowly, color was seeping back into his world. Where once he was draining away other animals’ colors, his presence was now enhancing them, making them more radiant and vivid than ever. Each day, more creatures sought to be in Tortuga’s company, while he and Swallowtail, his first and truest friend, are travelling the world to bring friendship and joy to other outcasts like themselves. “.

The first step I start with involves drawing of small silhouettes or quick sketches called thumbnails. They need to be small and fast to complete. A very well known strategy is:

“Draw small in order to solve the big problems”

And the big problems in this case are the first impression that we get from the silhouette, how memorable is it and if it is “readable”.

The thumbnails are a tool that allows you to try your possibilities before going in a direction that could end up being the wrong one.
They are one of the basic tools for every concept artist. More on the topic of design you can read in the article “Notes on character design”, but if you haven’t done silhouettes before I suggest you should start from here and to include them as a warm up for future projects.

The thumbnail can be very clean like the one on picture № 1, where you can see a simple silhouette or a bit more detailed one like the one shown on № 2.

It is better to develop the thumbnail as a quick sketch so that you can avoid problems with the communication – incorrectly interpretation of the silhouette.
For the client you need to show a more describing information – a linear drawing for example like the example on № 3. If you don’t know the client or he is not an artist like you i is better to to work more on your sketch using light and shadow before showing it, which takes us to the next step.

Working with lights and shadows.

At this point I work only in black and white, I think about the light and the shadow so that I can give the three dimensional shape to the character. I exclude the work with colour for now so that I can solve the problems one by one.

I usually divide the process in few steps and I start with drawing in two tones. One is for the light and the other for the shadow like you can see on step 1 in the example. This allows me to see the “graphic design” of the light and here I can try and find more interesting shapes. It is a good sign when the different elements of the illustration can be “read” in only 2 tones. The border between the tones is the terminator for the shadow, where the shape curves and the light can no longer reach it.

Advice: Very often I draw the effect called Ambient Occlusion on a separate layer. This gives extra depthness to the volumes. I will be writing more on the AO effect in one of my future articles.

Next step (2) from the example shows the modeling of the shape. With the help of a very soft eraser I slowly start to rub out and “sculpt” the different shapes. In order for this to work it is important that the block tone of the light (step 1) is on a separate layer. You can even take advantage of the masks in Photoshop so that you can work in a non destructive way.
The most important thing is the direction of the light so that we can tell which planes reflect the most of it and which the list of it. Another important thing is to control the edges and the way the light transitions to the dark areas (falloff).

You have probably noticed that the dropped shadow is missing. Step 3 is to add it. Again I work with erasing of the layer that has the light on it but this time wit a hard brush/rubber.

At this stage I stop thinking about the shape, light and shadow and I start paying attention to the colors.

The idea is to focus in finding interesting colors, their distribution and interesting patterns. I start by choosing a simple color scheme – few colors with different values so that we can have good contrast. This is why it is important to check your illustration in black and white even when we are working on the colors.

After I have roughly put on the basic colors I start choosing colors from the ones that are already on the model and move them on other parts of the character. The ideas is to have a more harmonic color distribution. Do not leave blocky color patches because they will look isolated. Use that color in other places.

Working with color is hard to explain but easy to show. In order to watch the video showing the process sign in for our e-mail notifications. Everyone in the mail list will receive a special attention, news and bonus content like this one.

I will stop here but expect the next update on this article in which I will show and talk about uniting the two stages from the illustration – the light and shadow work and the color design and how to finish the illustration. Plus some extra tips and tricks.

This article is the beginning of an experiment for a new way of creating free content for you , the fans of Cgzen. I call them diaries articles because I will be writing short articles and as the time goes by if you are interested in a specific topic I will add more and work on them, making the articles longer, with more examples and content.

Important message for the readers.

It is important to write about things that you are interested in and would be useful. Instead of me trying to guess topics that are going to be interesting for you I do ask you – share your opinion, leave a comment. You can use the link, линк, it will take you to the facebook post for the article. Don’t hesitate to ask questions. 🙂

Popular articles:
Creating the Deep One 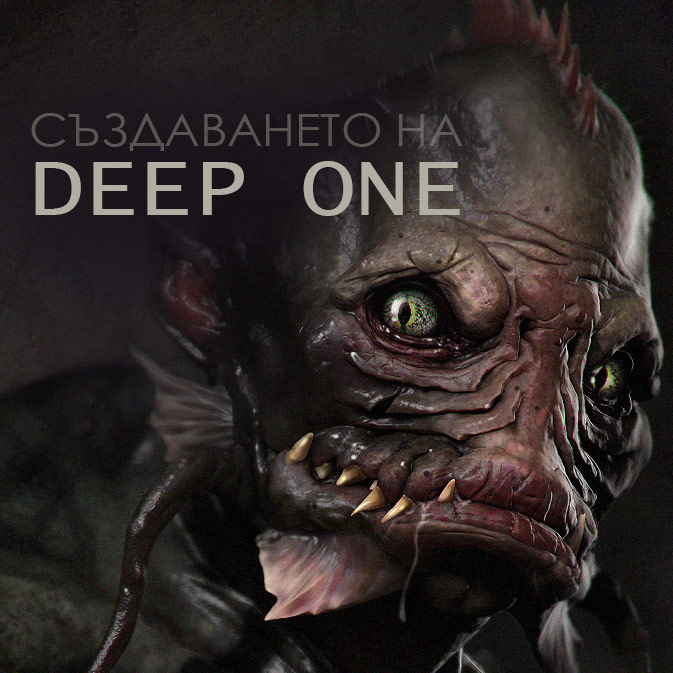 Follow the making of a fictional creature inspired by H.P.Lovecraft.

Thank you for reading the whole articles I hope you found it useful!

Author: Martin “VertexBee” Punchev.
Thank you too Lyubomir Doychinov and Joana Toteva for the help!

Ask us a question at:
info@cgzen.com or message us on facebook